Should pets be given as gifts?

Home/Blog, Featured/Should pets be given as gifts?

Should pets be given as gifts?

The practice of giving animals as gifts has been around for a long time and has been used in a variety of ways, ranging from exotic creatures brought by visiting dignitaries, to a goldfish in a bowl brought as a housewarming present. In the United States, giving pets as gifts has been normalized at least in part by Hollywood, with many examples in movies and television of cute and fuzzy kittens and puppies being presented, adorned with a bow or coming out of a gaily wrapped box, to an excited recipient.

But is it really a good idea? The common opinion among animal welfare organizations is that animals should almost never be given as gifts. PETA, for example, has a fairly strict stance, as can be seen here. It is a common assumption that dogs or cats given as gifts will be unwanted and will end up in the already overburdened animal shelters, or be neglected and/or abused. 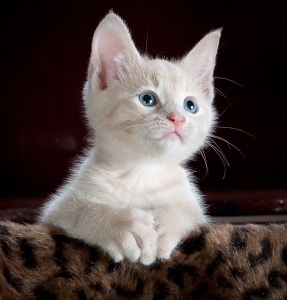 As is frequently the case, however, common assumptions are not necessarily backed up by research. A 2013 study published in the journal Animals found that there was “no significant relationship between receiving a dog or cat as a gift, whether a surprise or not, and the receivers’ self-perceived love or attachment toward the pet.”

If anything, the results of their survey indicate that people were more attached to the animal, presumably because it was given to them by and reminded them of a person they love. A majority of respondents also indicated that “the dog or cat was still in the home at the time of the survey.” In fact, in a different study of nearly five thousand dogs and cats relinquished to animal shelters, only around 0.3% of the animals had “unwanted gift” cited as the reason they were given up.

In its summary, the study found that, “Policies that state pets should not be adopted as gifts are prevalent at animal welfare organizations, despite the fact that this belief is unfounded. Denying adopters who intend to give the animals as gifts may unnecessarily impede the overarching goal of increasing adoptions of pets from our nations’ shelter system.”

You may have noticed that the studies only spoke of dogs and cats and didn’t include other animals like reptiles, fish and rodents. As mentioned in an article on Psychology Today, “As a society, we tend to accord rodents, reptiles, and fish less value than dogs and cats, and it is quite likely that many of these critters given as gifts, particularly to children, wind up in less than ideal situations.”

When giving an animal to a child under the age of 12 or so, keep in mind that the child’s parents will likely be that animal’s primary caretaker. If you don’t think the adult(s) in question will enjoy taking care of the gifted pet, then a non-living gift may be a better choice.

The purpose of this blog is not to downplay the very real problems faced by companion animals (of all species) or animal shelters today. We want to see all companion animals find good, healthy homes where they are loved and cared for.